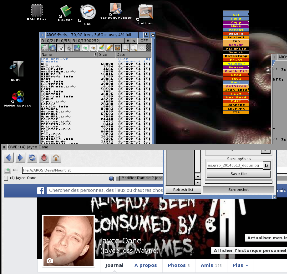 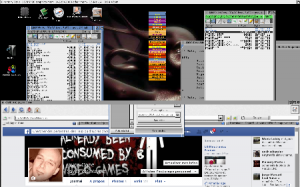 Yepa, that’s fantastic : DOpus 5.9 has finally been released, 15 years after the 5.89. http://aros-exec.org/modules/news/index.php?storytopic=4 That’s really fantastic, and I can hear the sounds of many people saying, I want it running on my IcAros ! There are two main ways to get DOpus running on IcAROS :

– Install DOpus package on the official IcAROS 1.5.2.2, and update core files : this is what I do in this article

Both ways have good and bad points :

– Install DOpus package over the official IcAROS 1.5.2.2 : as we have to replace the core files, the result is that the guyz from AROS-EXEC won’t support anymore your config. DOpus will run quite fine, and you will keep the compatibility with most of your programs installed, but with some issues that are being resolved by the IcAROS team.

– Install IcAROS 1.5.2 WIP5 : it is more official, but still don’t supported. It is said on the main web page of IcAROS : “this is a work in progress, so don’t expect that everything will works fine”. Anyway, this is a more complex and more advanced version of IcAROS that you can test to see what can be the future release. (Find it here IcAros 1.5.2.2 WIP5, which includes advanced work on DOpus and other stuffs read more there.)

In this article we will install DOpus over the IcAROS 1.5.2.2 official release, and replace the core files of IcAROS with the latest ABI-v0 files (read the begining of this article for explanations). There is no problem with that, but, once again :

– noone in aros-exec will help you debug if you mess up your install, cause what is described in that article isn’t officially supported (see below for the BIG ADVICE)

– you will get some very cool enhancements, but you probably will also loose some other cool stuffs… the installation i propose can break compatibility with other programs (it should work ok, but we can never be sure)

Target system of this article :

– dOpus 5.9 stable (modified : finally, we’ll download the latest nightly build, because a lot of work is being done on it everyday to fix bugs)

Wait for the next IcAROS RELEASE for the best DOpus experience you can have on AROS. This article describes how to try DOpus if you can’t wait until that next release (no delay for the moment).

I’m following as I can the aros-exec posts regarding to DOpus and the core on which it is better to run it. You should follow this threads on aros-exec :

http://aros-exec.org/modules/newbb/viewtopic.php?topic_id=8727&forum=4&post_id=88571#forumpost88571 is about the work that is being done on DOpus

Don’t forget AROS is 100% open source and will only grow if there is a community to make it grow. If you want you can get inside the beta testing program for IcAROS : Go on AROS-EXEC.ORG and ask.

Save your files ! Be sure you are able to get back if something goes wrong.

How to get DOpus :

add DirectoryOpus into startup sequence and comment “Wanderer:wanderer” ;WANDERER:Wanderer SYS:Tools/DOpus5/DirectoryOpus Launch DOpus (double click on its icon) before restarting then, with the option (right click on the background) : Settings/Environment 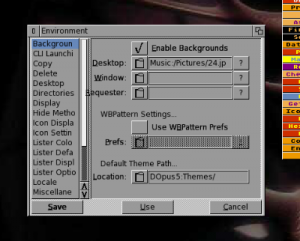 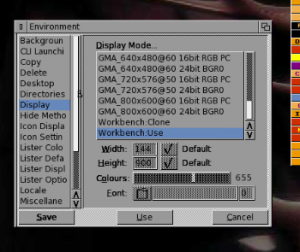 One bug : icon dragging don’t work with the AROS i386 core used in IcAros (May 2013 build). But it works with newer versions of the core, so we will replace the old AROS core with the new ones. download AROS i386 last build at http://aros.sourceforge.net/download.php#nightly-builds (modified : you can also download the latest abi-v0-ot builds there : http://repo.arixfoundation.com/downloads/aros-abiv0-on-trunk/pc-i386/ ).

– unzip the file and copy the iso to the drawer “AROS:Diskimages”

– we backup the original boot files :

– then, we copy the new ones 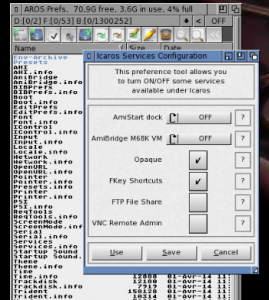 restart your comp’. Tadaaaa ! Enjoy your new DOpus experience ! But we have lost amistart. Personnally, I prefer having DOpus running instead of Wanderer, than having wanderer and amistart. I’m sure we will get some new version soon that will be compatible with DOpus. If you want to have amistart + DOpus running at the same time, please consider installing the IcAROS 1.5.2 WIP5 (read the tuto here).

I must advice you : In this article, I’m saying about replacing the SYS:boot/ ONLY, but you may also update ALL your system’s files with the ones of the last abi-v0 build, but you have to take care not to replace :

and you should also delete all the icons from the abi-v0 build you downloaded, before copying them to you sys:, in order to keep the original icaros feeling.

Follow this article to reinstall grub2 (i had a problem with dma option on my computer). You should also copy back your files from “AROS:boot_backups/” to their original position in “AROS:boot/” to get back the previous configuration. Use DOpus 4 to do this.