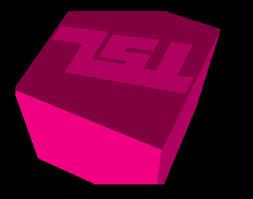 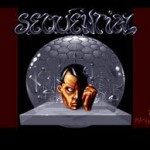 The Scene : Historically, the scene was born with the C64 computer. It was a group of peoples, all around the globe, who were much more interested in exploring the capacities of their machines (and at the same times theirs !) than simply playing games. They wanted to know/show how much pixels could be written on the same image in a certain amount of time (every 1/50 second, the “VBR” time, or if you prefer the time needed for the electron beam of your tv to go from the pixel in the top-left of the screen to the bottom-right, and go back to its first place). On PAL (european machines), this is 1/50 of a second (a little bit less on NTSC -us- machines). This is synchronized with the AC power outlet. This amount of time was the kingdom of the demomakers. You take mathematical skills, some imagination, a strong technical knowledge of the physical working of the different chips inside the machine. If you add some artictic wishes then you get a DEMO. So, in other words, what do you have in a demo : mathematical calculations, 3D objects, light sources, nice handmade pictures, bobs, sprites, playfields, nice music… in a sort of animation film. Remember : the computers, at this time, were hugely slower than today’s ones. The microprocessor of an amiga 500 was only 7,14MHz fast. So, you can think that this is nothing if compared to what is done today, but what is done today is inspired by what was done at this time. The first demos was used to introduce cracked games, and give the user some options for playing : unlimited lives, unlimited weapons… Some introduced BBS (Bulletin Board System) : computer servers where you could download and upload all kind of software, most of the times cracked ones. There ofcourse was also a “legal” side of the scene with animations made just for the pleasure of making an artistic creation and braking the limits of a computer. On amiga, the most known demo groups were (non-exhaustive list, no order) : Until now, the peoples who made the Scene live in the 90’s still use to code, and still get together in what is called a “Party”, where they show the result of their work. Below are some pictures of demos : You can find links to youtube videos in the vidz links section, and uae config files that works well in Janus-UAE (AROS version of UAE) in the technical | coding | demomaking section.